Trigger Warning : if you have epilepsy, this is not recommended to play this game. If you play the web version, you may experience some lags.

Please note before you play!

This game was a test game and I know it is ridiculously hard. The game is actually being remade with the name "Warcat Parade" and the release date will be November 30th!

This game has been made in two weeks time for the cat-boy/girl jam, meow!

Left joystick to move.
X to shoot
Square to drop a bomb
Hold R1 to focus

I'm getting pumped up!

Dodge bullets! Shoot bullets! "Last Neko" follows the story of the last catboy in a world where catgirls and catboys have been enslaved or slaughtered since a long time under the martial law of the Half-Dog Empire. You play as Katz, the last of his kind, a catboy kid who wants to prove he has the right to exist. And maybe to save the remaining catboys and catgirls along the way.

Last Neko does not feature:

Self-confidence is the key

Last Neko has been done with:

Dodge this and that!

In the beginning, "Last Neko" was called "Neko Shooter". I am actually making this game for a game jam. Since this is my first game jam, it's kind of a challenge to me. I have to do a lot of stuff in very few time. And to top it off, this is the first time I am making a shoot'em up. And this is also the first time I am using Unity3d without a tutorial. So, no matter what comes out from this game, it is helping me to improve a lot! The goal is to make a game within three weeks, and since I'm happy with the results so far, I will surely be tempted to make a sequel, with more time to use, with more refined graphics!

I slightly modified the plot of the game just after what happened in Alebama in order to protest.

Unzip the compressed file, you can use 7z.

Launch "last neko.exe", simple as that! 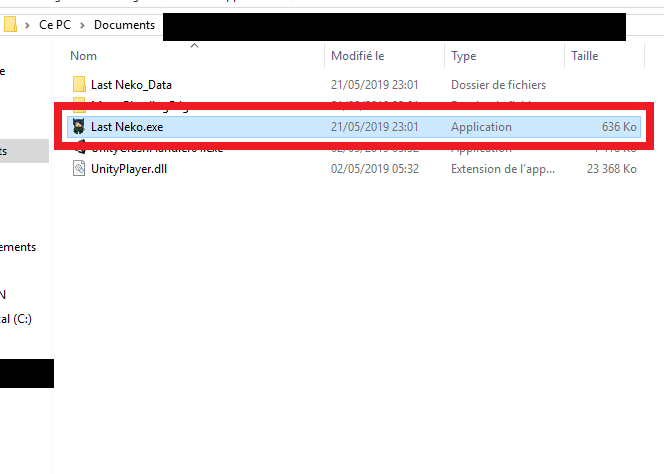 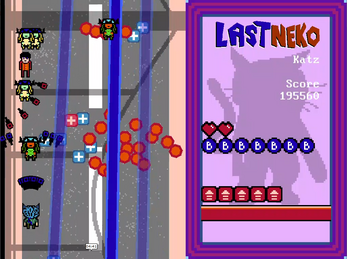 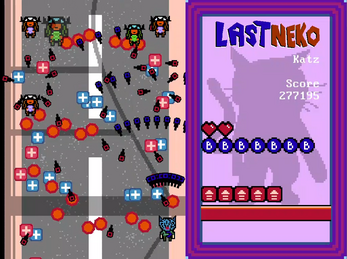 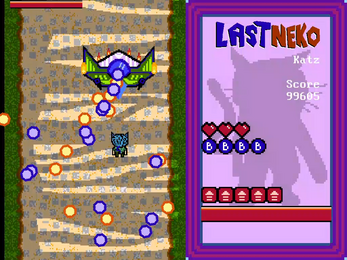